If you’re buying a house, remodeling, or renovating you may have heard the terms millwork and casework but don’t understand what they mean. Although both are about carpentry and are terms that are very closely connected to building architecture and construction, many times the terms get interchanged.

Understanding the differences between the two can help better find an expert in the proper field especially if you need quality woodworking done in your home. The terms themselves are somewhat self-explanatory, but there is a bit more to it than you might think at first.

Within the name itself, it’s pretty obvious that millwork is woodworking that is done in a mill. More often than not these are decorative pieces that are scattered throughout a home such as doors, molding, and wall paneling. It’s important to note though that parts of the building itself such as ceiling, flooring, or sidings are not covered in millwork even though it is a form of woodworking as well.

In the same vein, casework kind of gives a clue as to what it pertains to. It’s all about manufacturing boxed furniture, which is cabinets, racks, drawers, bookcases, and the like. It means woodworking to make a type of casing or something that encases. Again, the woodworking that deals with the actual parts of the building is not included in the casework either.

The confusion often happens when the two types of carpentry intersect, the most common situation would be kitchen cabinetry. Both millwork and casework can produce kitchen cabinets, drawers, and even dressers and desks but the difference lies in the process and purpose.

Millwork is specifically custom woodworking, whereas casework leans into the manufacturing of prefabricated woodwork. Through millwork or casework, you can get beautiful kitchen display counters, drawers, and cabinetry but though one is an as-is product the other is designed specifically to the dimensions of your kitchen.

What Are The Costs?

Millwork is the more expensive of the two since it requires a carpenter to come in and take measurements of your property to customize a finished product to fit your space exactly. On the other hand, since casework is mass-produced it’s much more affordable to fill in the same space provided of course the prefabricated dimensions will fit.

Since millwork is custom-mace woodworking, it has a great appeal for grand pieces such as mantels, molding, or an armoire. But taking into the costs, there are many instances where casework can easily fit the same space and still produce a beautiful result. Of course, this would have to be for more utility-based furniture that has little impact on the decorations or unique factor of a property such as dressers, desks, and tables.

Casework has also become more modular as of recent trend, allowing for a variety of options and allows it to fit into spaces in different ways giving more flexibility at a very affordable price. However, millwork provides a more cohesive and tailored design that can sometimes make or break the look and feel of an entire home making it a standard for some areas such as kitchens.

In the end, it will depend on your priorities and budget. Interior designers and architects understand this better than anyone, and will often strike a balance between the two with some areas of the home relying on millwork to finish the decorative pieces and casework to areas where utility and flexibility matter more. 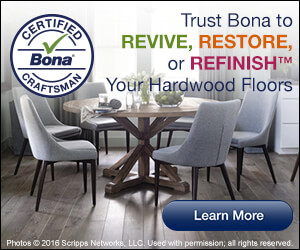